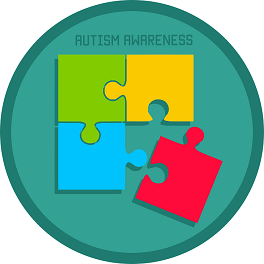 This research explores the efficacy of a wrist-wearable tracker to identify difficult behaviours in a child with autism due to any observable symptoms by tracking the child’s pulse rate, electrodermal function, and gestures. In addition, this study explores the possibility of using such a sensor on the ankle instead of the wrist in order to minimize the harm incurred by touching oneself by the hands and to improve wearable resistance.

Young individuals with ASD may exhibit challenging behaviors. Among these, self-injurious behavior (SIB) is the most devastating for a person’s physical health and inclusion within the community. SIB refers to a class of behaviors that an individual inflicts upon himself or herself, which may potentially result in physical injury (e.g. hitting one’s own head with the hand or the wrist, banging one’s head on the wall, biting oneself and pulling out one’s own hair). Researchers evaluate the feasibility of a wrist-wearable sensor in detecting challenging behaviors in a child with autism prior to any visible signs through the monitoring of the child’s heart rate, electrodermal activity, and movements. Furthermore, they evaluate the feasibility of such sensor to be used on an ankle instead of the wrist to reduce harm due to hitting oneself by hands and to improve wearable tolerance. Thus, researchers conducted two pilot tests. The first test involved a wearable sensor on the wrist of a child with autism. In a second test, they investigated wearable sensors on the wrist and on the ankle of a neurotypical child. Both pilot test results showed that the readings from the wearable sensors correlated with the children’s behaviors that were obtained from the videos taken during the tests. Wearable sensors could provide additional information that can be passed to social robots or to the caregivers for mitigating SIBs.

The European Commission support for the production of this publication does not constitute an endorsement of the contents which reflects the views only of the authors, and the Commission cannot be held responsible for any use which may be made of the information contained therein.

By continuing to use the site, you agree to the use of cookies. more information